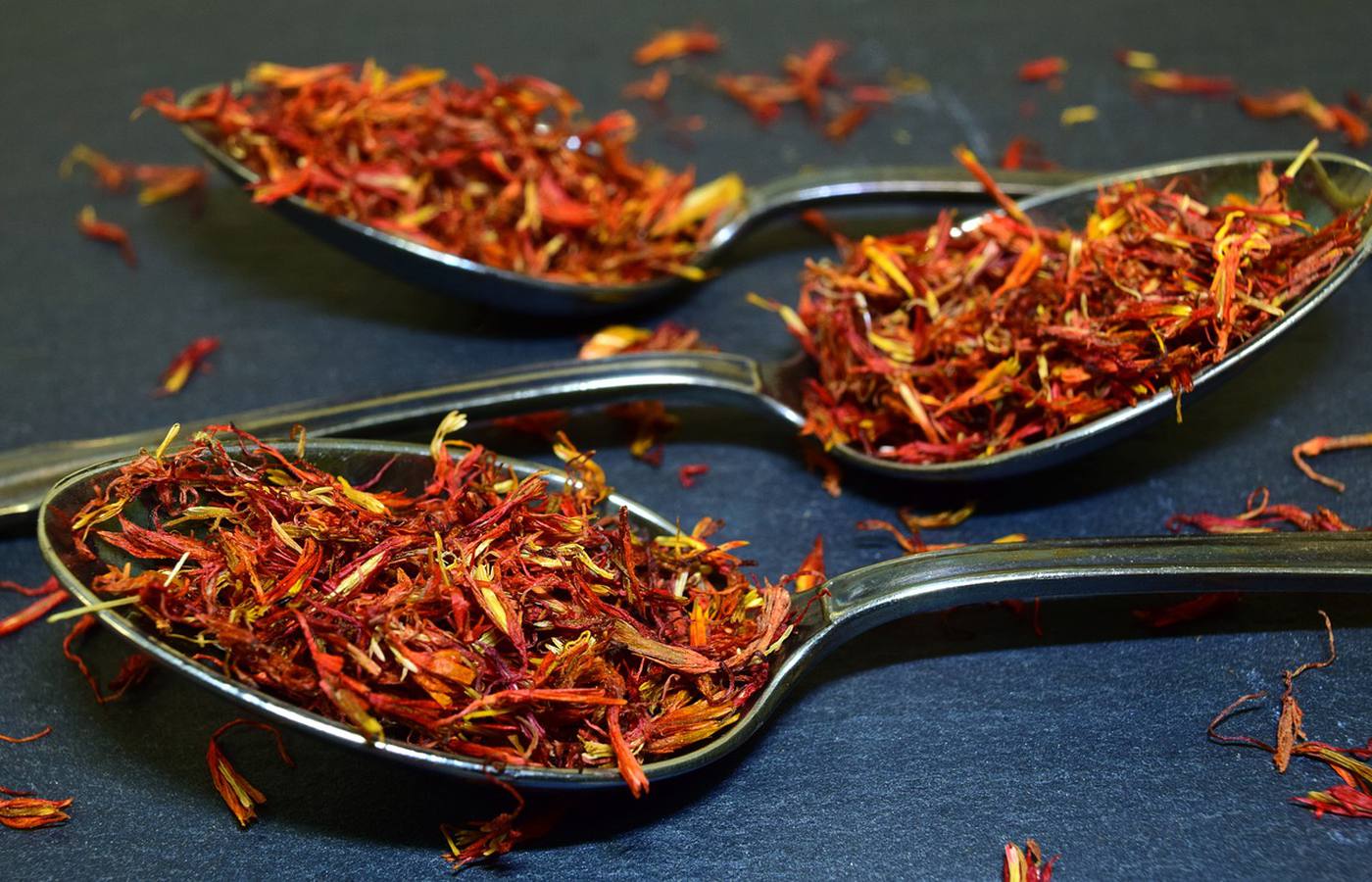 The Most Expensive Spice in the World: Three Incredible Facts

Imagine your favorite ethnic food, whether tacos from Mexico, Korean beef bulgogi, or something even more obscure. Today we take for granted that we have access to all flavors and spices, anytime. But just a couple centuries ago, you probably wouldn’t have had access to any of it, because most spices were impossible to come by outside the region where they grow. A wide range of spices used to be incredibly expensive, but thanks to our new global economy, most are pretty affordable today. There are still a few that are just crazy expensive, though. Let’s talk about the king of them all: saffron.

The stigmas can only be picked by hand and it takes 250,000 stigmas to make just half a kilo of saffron, hence its high price. Fortunately, a little saffron goes a long way.

As with any commodity, pricing fluctuates, but you could expect to pay $2275 for a pound of saffron! Obviously if it’s that expensive you might want to buy a smaller package. One reputable retailer is currently selling saffron by the ounce at over $140 per ounce. Why is saffron so expensive? Well, you have to understand what saffron (the spice) is, first. It’s a little piece inside the saffron flower called the stigma. Each flower has only 3 stigmas.

So it starts to make sense why this spice ends up being so expensive. Imagine having to pick all those little strands by hand.

Saffron Is Hard to Grow and Harvest

Another reason saffron is so expensive: you can’t grow it just anywhere. According to a spice company that really knows their stuff, basically it’s got to be a pretty wild climate – scorchingly hot in the summer and cold in the winter. The biggest producer of saffron is actually Iran, and other places with similar climates (including parts of Spain, Greece, and Kashmir) also grow some. To make matters once, the flowers bloom just once a year, for less than a month, and if you don’t pick the stigma right away, they’ll dry up lose their flavor.

Watch Out For Fake and Adulterated Saffron

As with anything expensive (think "Rolex" salesmen on NYC streets, bro), there are some unscrupulous folks who sell fake saffron-flavored powder or who mix real saffron with other stuff that’s just filler. Be careful about buying saffron from shady sources, and never buy saffron that’s way cheaper than other competitors. Because who knows what you’re putting in your food if it’s not really saffron? Bottom line: if you want to experience the real deal, expect to pay a lot, and buy only from trusted high-end food and spice retailers.

So what’s all the fuss about? Why would people spend such a crazy amount of money for flower parts, anyway? Well, saffron can make an amazing difference in a wide variety of cuisines. Stop into any high-end restaurant in a major city, and you’ll find saffron-infused dishes on the menu (and plenty of people ponying up to buy them). Here are a few dishes that use the spice:

Now you know: saffron is the most expensive spice. The only question: How will you use it?

Composting in the Kitchen: Containers, Bags, and Everything You’ll Need.

How to Care for Your Cast Iron Skillet

The best food scales and why you should be using them