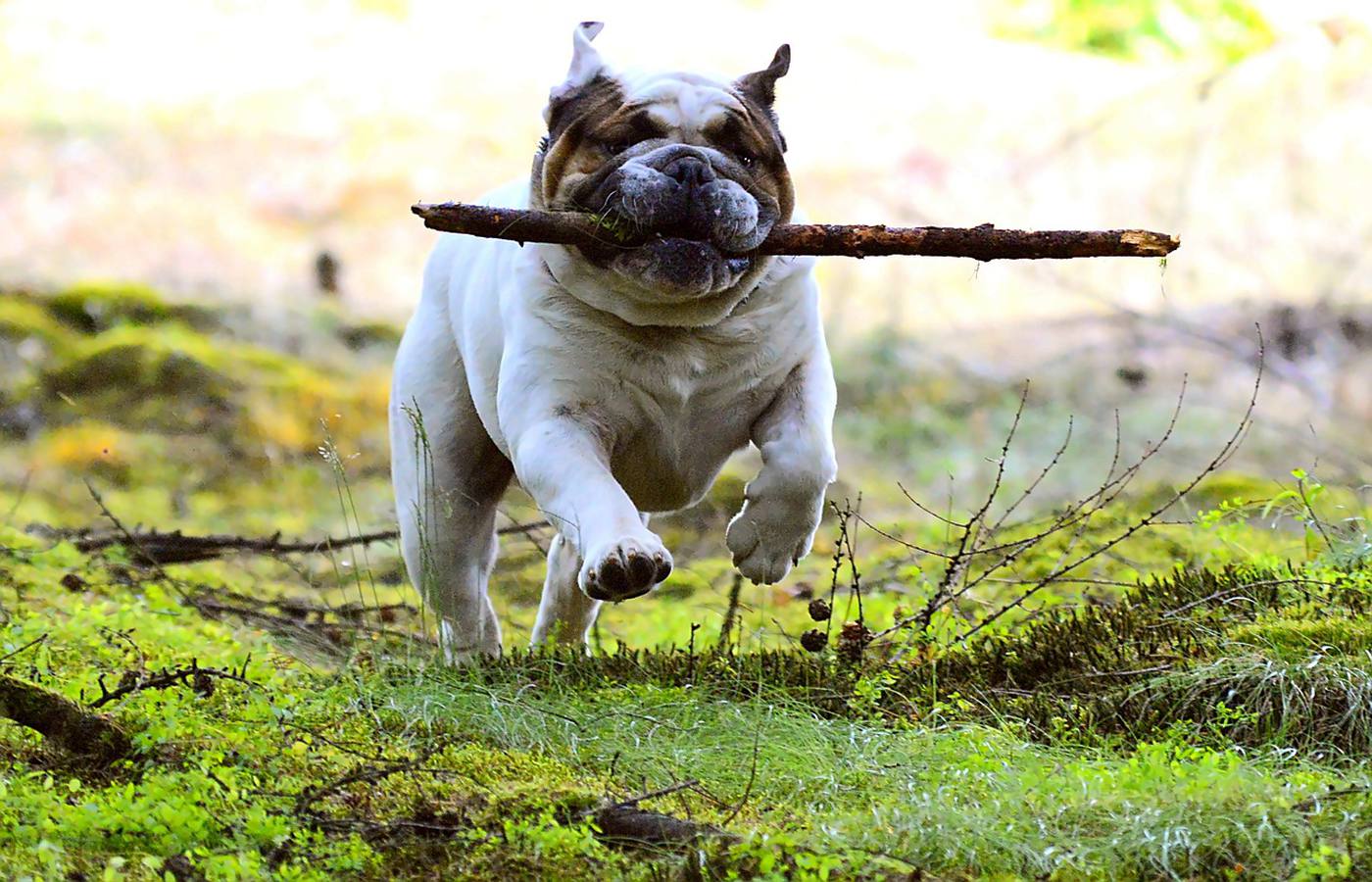 Nothing says true love like an animal willing to obey your commands and slobber all over you. Nothing says complete happiness like man and woman's best friend. Oh sure, the cat may deign to look your way. They may even agree to come near you. But if you want real companionship and even love, you have to get a dog. The question is what kind of dog. You could go for a large rottweiler that will scare off burglars and the mailman. You could even go for a little yapping terrier that will dig up your garden and bring you dead gophers. But nothing says real dog like an English Bulldog.

The English Bulldog is:

The English Bulldog is one of the world's sturdiest doggies. They were originally designed to withstand attacks. Today, the breed really doesn't fight. Instead, they endure. From the large folds around the ears to the compact body, the English Bulldog is built to last. They're low to the ground so they don't get hurt on high fences. The Bulldog's cobby torso and short legs make them comfortable on nearly any surface. They're even easy to bathe. No need to worry about long hair or dropping ears.

Unlike some other breeds such as the chow chow, the English Bulldog is all about love. Bulldogs love nearly everywhere. Well not the lady down the road who smells like cat food. Or the other dog around the block that can't leave their yard. But just about everyone else is fair game for admiration. Bulldogs are noted for their kind and gentle temperament. They're practically pillows in dog form. If you want a real family dog that you can walk, show off in the park and treat better than you treat your sullen teenager, this is the family pet for you.

Not Easy to Breed

While the English Bulldog is an understandably adored breed, they are actually not all that easy to breed. The Bulldog has a very large head. This can make it really hard for them to get through the momma dog's birth canal. The puppy can be a poor fit for a female dog's narrow hips. A single puppy can cause intense damage and pain. An entire litter may even endanger the momma dog's life. English Bulldog breeders need to be very careful about breeding these pups. They may even have to bring the momma dog to the vet for a C section!  This is why English Bulldogs can run upwards of a few hundred dollars to even a thousand or more for a good pup. The breeder not only has to pay for the cost of feeding the dog. He also has to pay a vet just to bring the Bulldog into the world.

Despite the troubles people often have bringing these dogs into the world many people know they're worth it. A great dog is not just something to sit on the couch and eat your shoes. A great dog is a true friend. The English Bulldogs have evolved. No longer the fighting dogs so feared by everyone even the Romans. They're now the dog for the modern world. Loyal, loving and kind -- and worth every penny!